How to Use Variables & Placeholders

This article will explain Applanga variables and placeholders and how they are utilized in Applanga projects.

Applanga merges multiple concepts under the term Variables on the dashboard:

Variables are highlighted in grey in the Editor / String Management Interface.

If content with variables is included in translation orders via the Applanga Order menu, variables are removed from the editable text. The TransPerfect translators will not be able to alter the content inside a variable. This prevents any accidental issues with the code such as the removal of a bracket. When translations are delivered, they will contain the variable placed at the most appropriate section of the sentence by the translator.

If the content within variables needs to be translated, the variables can be removed from the string via the Editor interface. However, this might have an impact on the application that will be ingesting the content.

The Applanga SDK offers a named argument feature for writing variables in a style that is supported on both iOS and Android. All arguments must be written like the following example:

How to Find Instances of Missing Variables

If a key has a variable in the source value and that variable is completely missing or even just slightly different in the target value, the String Management Interface generates a warning. Users can filter to locate those strings with the missing variables filter. 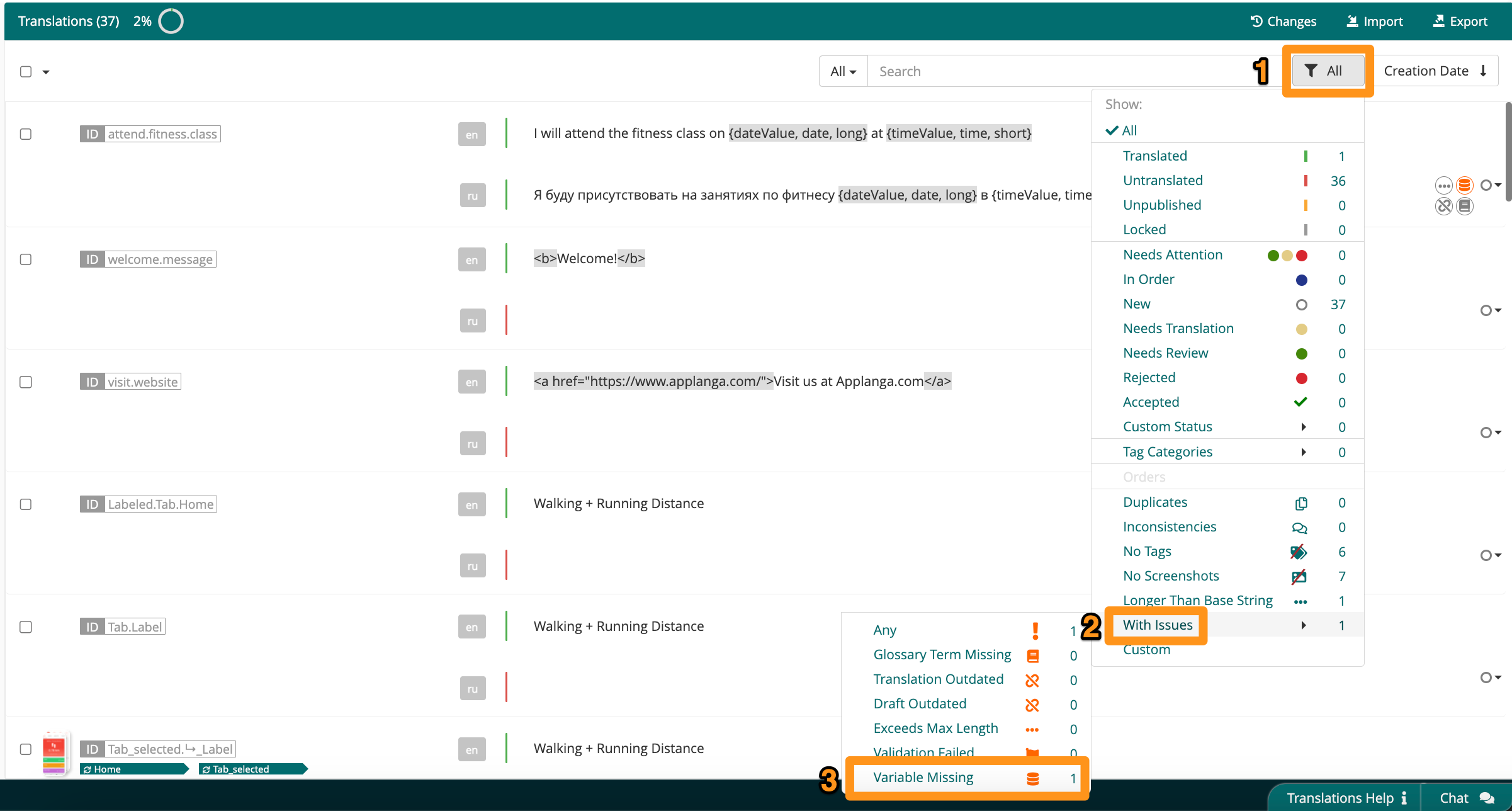