Whales do it, birds do it – Localization isn’t just for humans

Language is one of the main differentiators between humans and other animals, according to science. While it is true that only humans are able to form a seemingly endless variety of semantic constructs, meaningful or not in nature, animals have their own ways of communicating with one another. Birds chirp, whales sing, monkeys scream and apes can even learn sign language. How language travels among animals and how it differs between locations and packs shall be investigated in this short article.

In vastness and depths inconceivable to men live creatures so obscure and strange with habits only vaguely explored up to this day that humans are left wondering what really happens underneath the surface. Surrounded by myths and legends, whales are the even-tempered giants of the seas. One of their species, the humpback whale, has a notable habit that brings it to our yoga studios and living rooms: singing. At a volume of up to 190 decibels the melodic sounds of the male humpback whales travel through the ocean louder than a jet aircraft and serve nature’s favorite purpose, to attract a mate.

The songs of the whales follow strict patterns, but their variations change over time. Different whale populations sing different songs, and one could think that the whales leave it at that. In fact, however, whales seem to be as perceptive to trendy fashion as humans are. Some songs are more successful than others and get adapted by nearby populations and sometimes even travel around the entire globe; just like a hit single that is passed on by nothing but the word of mouth. Scientists have discovered that the whales around Australia seem to be the trendsetters of the whale charts since their songs tend to be adapted by other whales and passed along most often. It is still unclear how the whales adapt and alter their songs exactly, but the fascinating melodies touch humans in moving ways.

Language in monkeys seems to be determined by genetic predispositions, as a study with macaques has shown. Scientists from the University of Pensilvania switched the babies of two different species of macaques - rhesus and Japanese - to parents shortly after birth so that the parents adopted the babies from another species and raised them as their own. Both macaque types make the same sounds, but use them in different contexts, which made them the ideal candidates for this experiment. The little ones grew up around peers from a different species, but yet still stuck to the sound patterns innate to their own. These findings suggest that macaques do not adapt language and are thus hardwired with their communication patterns. Monkeys are out for our investigation it seems, but what if we look at their bigger brothers, the apes?

The fact that apes use a primitive form of sign language in their natural habitat without humans interfering was first observed by researchers in Uganda, who found that chimpanzees use 66 different signs such as pointing, clapping and beckoning to communicate with one another.

A famous case demonstrating the communication abilities of apes involves a female chimpanzee named Washoe. Washoe was raised from 10 months old under similar conditions as a child with deaf parents and learned sign language. With sign language, Washoe became living proof that chimpanzees are able to learn and communicate with a lexicon of over 1,000 signs.

Washoe even passed on her knowledge to other chimpanzees without being instructed to do so by humans. It would have been interesting to see if different populations of chimpanzees would develop different accents throughout time, but unfortunately, this was not fully investigated.

The notes a bird is able to produce are predetermined by its genetic markup, but the ways in which it combines these sounds depends on its environment – at least in some species. True songbirds learn their songs within the first three months of their lives, while they still live in the nest. Listening closely to the canto of their mentors and thereafter trying to imitate these sounds, they learn the language innate not only to their species, but also to their area. That is because birds of the same kind sing different dialects in different areas. When they are mixed or migrated, the little ones are able to adapt the new dialect and thus localize their singing. Even more bizarre are catbirds, thrashers and mockingbirds who can learn to mimic other sounds, such as those from frogs, cats, and even car alarms. 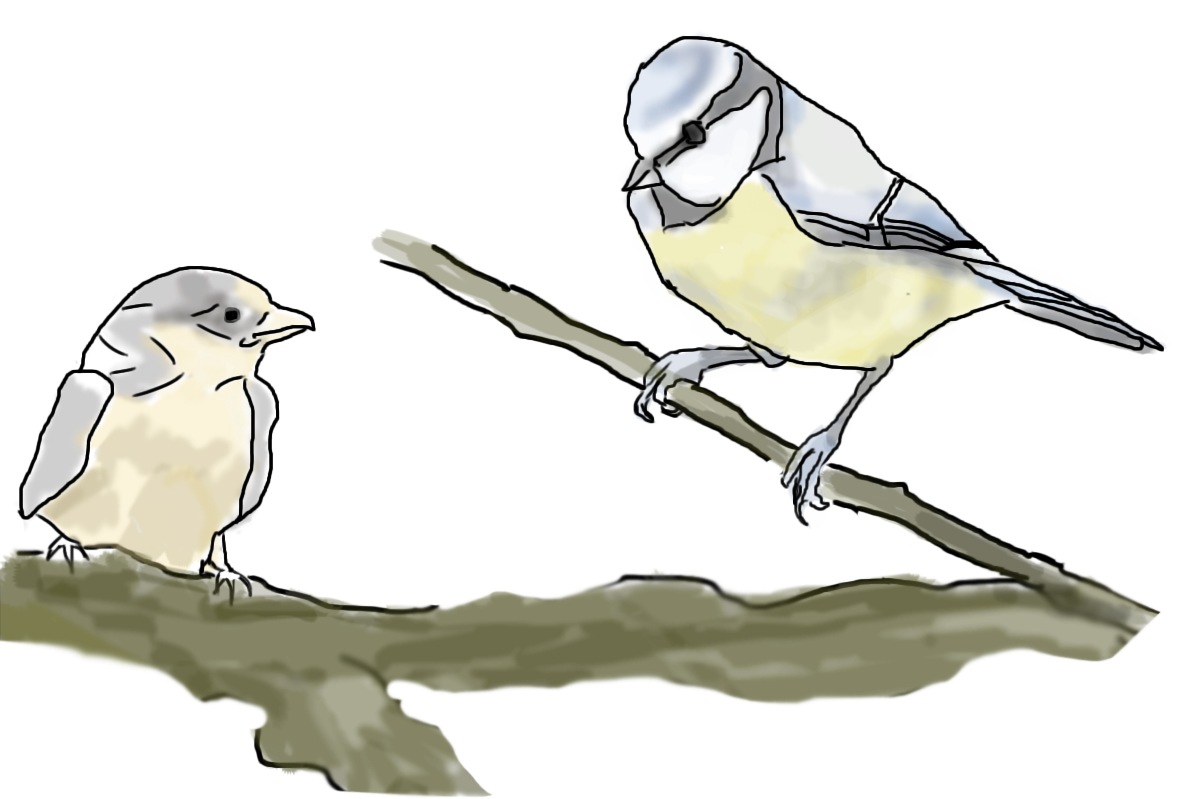 Even though humans have a great need to develop language in order to convey thoughts and emotions due to a complex social environment, we’re not the only ones able to learn and adapt languages.

In the localization industry language can sometimes be seen as a hurdle, but the need to adapt one’s own manner of speaking to accommodate and communicate with others occurs instinctively among other animals; and therefore, localization is only natural! The variety of languages we see in our species is actually not only impressive, but almost miraculous and gives us reason to believe that there is really something very, very special about us.