Growing a business isn’t easy for more than one reason, but the dream scenario for any entrepreneur is building a venture that’ll one day conquer the world. However, once the moment comes and it’s time to expand over borders and into new markets, many unthought-of problems can arise. Language and culture are known to differ in this incredibly diverse world, but what does that mean for growing companies? Well, it sure means funny anecdotes for all of us, some of which are presented below. 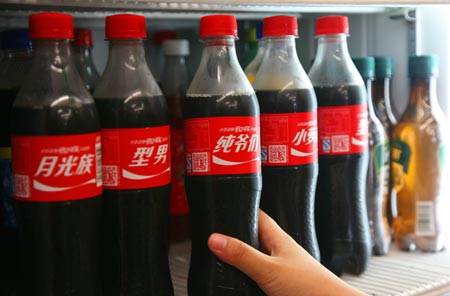 Coca Cola
Coca Cola entered the Chinese market in 1927 after becoming a fizzy favorite among Americans and Europeans since 1886. The shopkeepers in China looked for close phonetic equivalents of characters to advertise the product that led to bizarre meanings such as "female horse fastened with wax” or "bite the wax tadpole." Coca Cola rebranded their product and logo to a new, more appropriate name that sounded similar (pron. k'o k'ou k'o lê) and somewhat fittingly translates to "to permit the mouth to be able to rejoice."

More from China
Adapting their names to the Chinese market is a challenge for any western corporation, since both the phonetic similarity to the original name as well as the meaning must be considered. Here are some more examples for companies who have successfully mastered that challenge.

Louis Vuitton is written 路易威登. The signs individually roughly stand for power, ascending to great heights and climbing a mountain.
Gucci is written 古琦 and could refer to an ancient, or classical, fine jade.
BMW looks like this 宝马 and means precious darling and very valuable.
Bosch was translated to 博世, meaning extensive and huge.

Kiri Cheese
Are you a fan of cream cheese? Then you should give the perfect little white squares of Kiri cheese by the french brand Bel a go. Kiri cheese was renamed "Kibi" in the Iranian market, since the word kiri means to both “penis” and "something rotten" in Persian - not exactly appetizing.


Honda
And because one sexually-infused anecdote just wasn’t enough, here comes another: Honda renamed their model "Honda Fitta" to "Honda Jazz" in the European market after it was pointed out that "Fitta" is a slang word for lady parts in Sweden and Norway. In the Americas and Asia, it was sold as "Honda Fit".


Burger King
Can you imagine putting all your efforts into finding the right name for your business: hiring experts, consulting linguists and marketing specialists and finally, after hours and hours, arriving at a name that pleases you only to find out that it is already taken by somebody else? Something similar happened to Burger King as they expanded to Australia. The trademark had already been taken, and Burger King had to come up with an alternative. The result: Hungry Jacks. 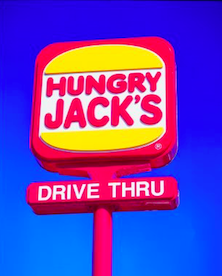 Mr. Clean
Cleaning isn’t the same old thing in every language. Procter & Gamble wanted the meaning of their product "Mr. Clean" to be understood in every market, resulting in different names for each language such as "Meister Proper" (Mr. Orderly) in German, "Maestro Limpio" in Mexico and "Monsieur Propre" (both Mr. Clean) in France. The bald mascot with the broad smile stays, luckily, the same in all locales.

The number of small and big localization pitfalls is countless, and one can only applaud those companies who manage to pay close attention to both language and culture when expanding internationally. In case you’re one of the localization magicians who make that happen, here’s to you.